Southern Drum School was founded by Dan Adcock, an experienced performing musician with previous achievements including working with some of the UK’s leading record labels and live music venues. As a music college graduate, DBS/CRB checked drum teacher, Dan founded Southern Drum School in 2015 to offer high quality drum tuition and inspire the next generation of young musicians.

Discover more about his experience below: 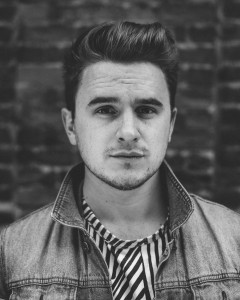 After graduating from the Academy of Contemporary Music, Southern Drum School’s Principle Dan Adcock’s list of achievements include performing at:

After graduating ACM with a 2:1, Dan gigged the circuit with many bands earning a full time income, playing drums and leading covers bands from Pop/Rock to a 6 piece Soul/Motown band. This led onto touring Germany with agency band “The Trix”. Being versatile and hardworking, Dan worked with his own band KNITES (represented by UK largest music law firm Russells) which led onto relationships with SONY/ATV, BBC introducing. From this Dan was sent into London’s EMI studios to record a debut EP which was aired through BBC introducing and on LAs biggest radio station KRCW. Dan currently gigs and manages 3 bands on the live circuit aswell as producing writing music for other artists.

Dan also has has an impressive teaching CV from a full time visiting Drum tutor to a curriculum Music PPA class teacher in two schools in Hampshire including Hollywater Special special needs school. Dan previously has managed a franchise of ACMs Junior school in Windsor.

With a mix of a busy private (in school) tuition schedule and his commitments with PPA/Class room teaching Dan learnt the ins and outs of working within a national framework and planning engaging lessons in which each of his pupils excelled. Dan teaches: